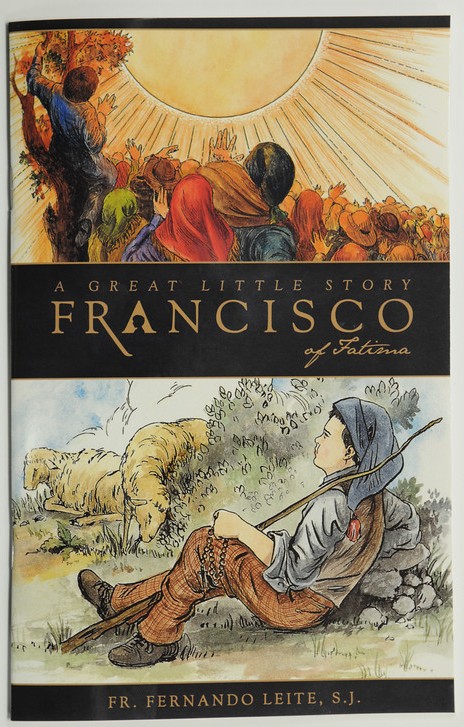 This is not just any book about Francisco. It offers a deep spiritual lesson that will help all grow closer to Our Lady by following in the footsteps of Blessed Francisco Marto. He became a heroic soul in face of grave dangers. He grew up as an ordinary child, concerned with playing and unconcerned about the greater world outside of his own.

After Our Lady appeared to Blessed Francisco, his life was so radically transformed that his only thought was giving himself totally to Our Lady.

He became focused on the immense evil that had infected society at that time and caused the loss of so many souls in the battlefield of life.

Blessed Francisco soon possessed great sanctity. In fact, he made such rapid progress in sanctity that it was commonly agreed that in one short week he advanced as much as many saints advance in a year. His primary concern for the rest of his brief life on earth was that God not be offended and that He be glorified.

Following Blessed Francisco’s example, one can do more than survive the onslaughts of the enemies of one’s soul. One can obtain total victory over them, help save souls, save one’s own soul and be happy with God and all the Heavenly Court forever.

This book can be an excellent first step in following in Blessed Francisco’s footsteps.

*This offer is available ONLY for Canadian residents.